The first In Person Annual Meeting since 2019 was held successfully at BRIDGEWATER GOLF AND COUNTRY CLUB, in Fort Erie.

It was incredibly wonderful to meet and greet each other, catch up on all the news and enjoy a great BRUNCH together.

The MC for the day was Norma General Lickers, Clan Mother, Justice of the Peace of Six Nations, long-time NCNW member, and one of our founders.

Many Nye: weh and thank you to you, Norma, for assisting us with this important function. 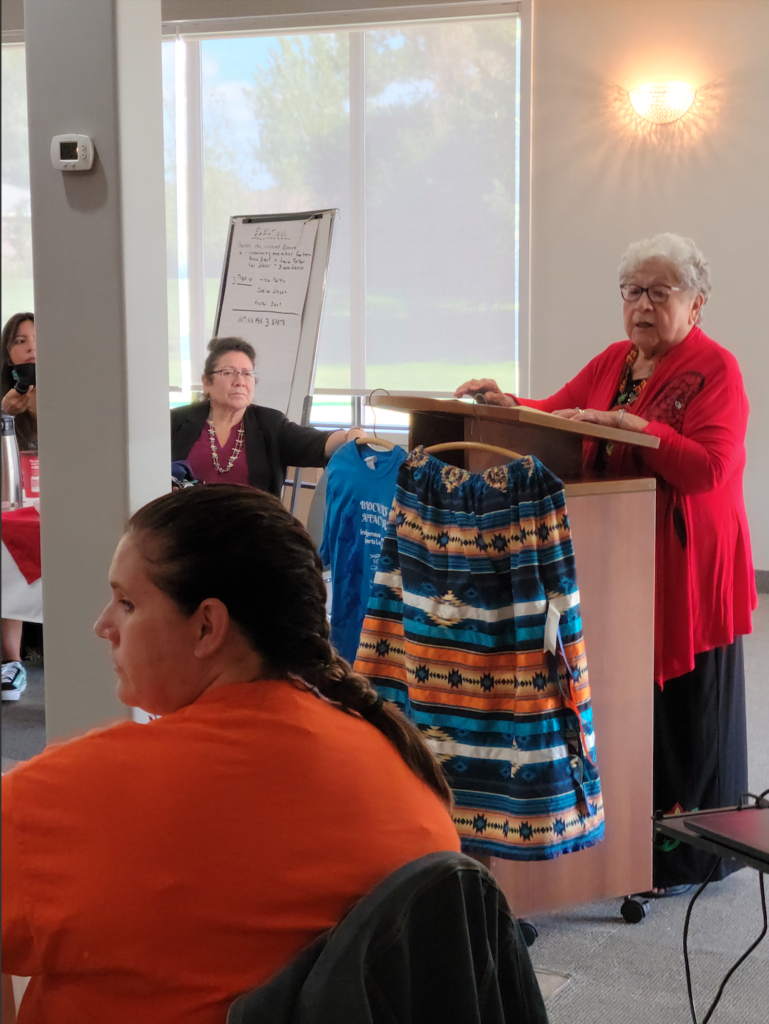 Ron Watson, Chartered Accountant presented the Audit, which was well received and approved by the membership.

Executive Director Wendy Sturgeon presented her report, highlighting some significant areas, such as the work being done around Heather Winterstein’s passing, how the Chapter had stepped in to assist with the family and the continued advocacy work with the Niagara Health System.

Other staff reported numerous updates, including a slide presentation from Youth In Transition Worker Louise Hickey on her activities supporting the Inuit Youth who came to Niagara for the Canada Summer Games (2022). She reported on how NCNW supported them while in our territory, with meals and gift packages, and showed them having fun at the shores of Lake Erie. They had a tremendous time, which they said they’ll remember for a long time.

Also, a beautiful ribbon skirt was sewn and donated by Krystal Brant to the Chapter. It was the object of our first-ever Indian Auction, which Krystal Brant ran. Our heartfelt thanks to you, Krystal, for your wonderful contribution. 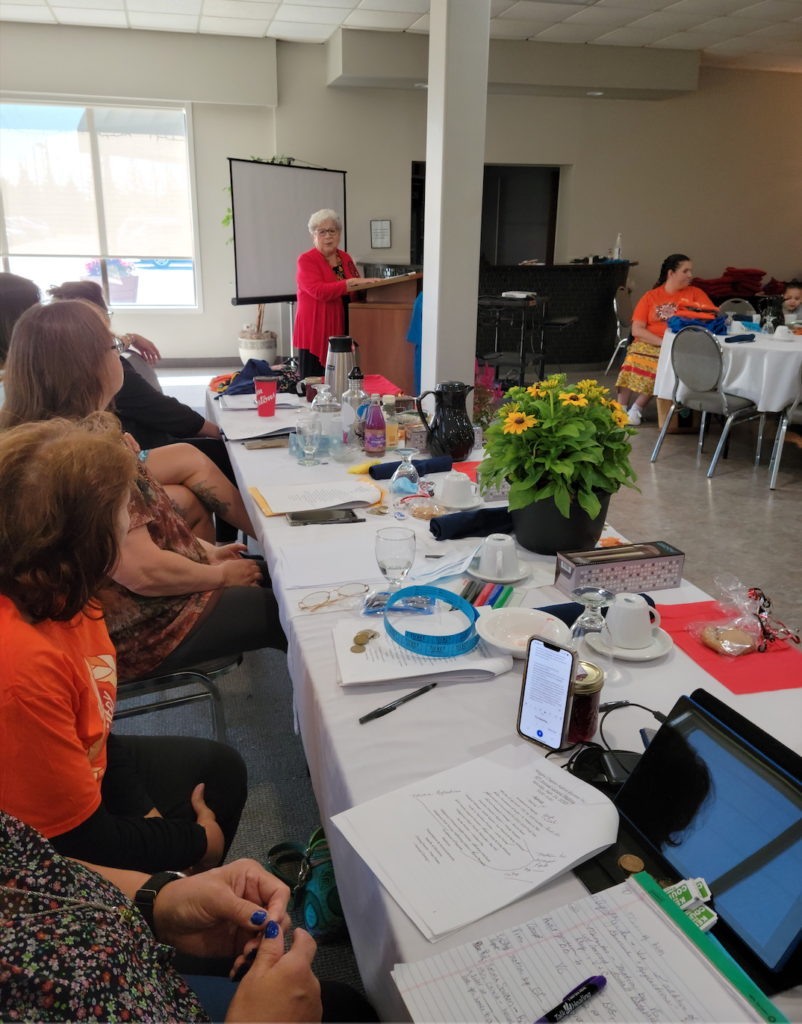 A special Spotlight Reflection was when Norma General Lickers spoke of the past work of the Chapter in the creation of the committee that later became the first board of directors for Ganawegeh Urban Native Homes. She chuckled when she recalled how the ladies, when looking at the homes to purchase, had even crawled into crawl spaces to check them out during an inspection. She explained how much work it was, how dedicated the group had been, and the Chapter in general. Then she exclaimed with delight, look at them now!

It was a good meeting; elections went well, resulting in two new members, Gayle Porter and Norma Sue Hill. They join Val Ghosen, Bonnie Brant, Lisa Martin, Dianne Grenier, and Jessica Ghosen. Vera Hill- Sharrow Award for volunteerism was presented to Krystal Brant. She was also thanked for your time with the Chapter, first as a tiny tot family member, then as Youth Representative for the Chapter to Ontario Native Women’s Assoc., then as a full-fledged board member of the Chapter for many years before becoming our Chapter representative on the board of Ontario Native Women’s Assoc.